See Putin For Who He Is 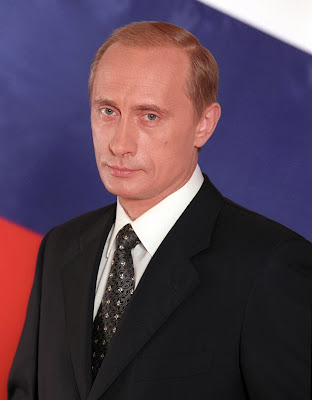 
One can hear the disbelief in capitals from Washington to London to Berlin to Ankara and beyond. How can Vladimir Putin, with a sinking economy and a second-rate military, continually dictate the course of geopolitical events? Whether it's in Ukraine or Syria, the Russian president seems always to have the upper hand.

Sometimes the reaction is derision: This is a sign of weakness. Or smugness: He will regret the decision to intervene. Russia cannot possibly succeed. Or alarm: This will make an already bad situation worse. And, finally, resignation: Perhaps the Russians can be brought along to help stabilize the situation, and we could use help fighting the Islamic State.


The fact is that Putin is playing a weak hand extraordinarily well because he knows exactly what he wants to do. He is not stabilizing the situation according to our definition of stability. He is defending Russia's interests by keeping Syrian President Bashar al-Assad in power. This is not about the Islamic State. Any insurgent group that opposes Russian interests is a terrorist organization to Moscow. We saw this behavior in Ukraine, and now we're seeing it even more aggressively - with bombing runs and cruise missile strikes - in Syria. Putin is not a sentimental man, and if Assad becomes a liability, Putin will gladly move on to a substitute acceptable to Moscow. But for now, the Russians believe that they (and the Iranians) can save Assad.

Note: I covered the former defeense secretary for Counterterrorism magazine when he spoke at the National Constitution Center in Philadelphia.You can also read my piece on Robert Gates via the below link.

The above photo of Putin was taken by www.kremlin.ru.
Posted by Paul Davis at 3:35 PM