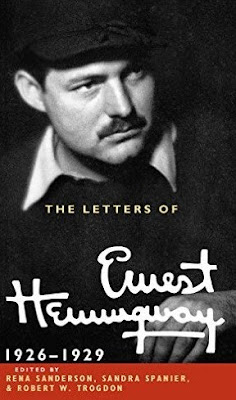 Nick Mafi at Esquire.com looks at The Letters of Ernest Hemingway, 1926-1929.

There isn't much that hasn't been said about Ernest Miller Hemingway. He was, after all, a literary titan of the 20th century, winner of the 1954 Nobel Prize for Literature; a man who, through his short stories and novels, captured the imagination of the world by pinning his vulnerable, damaged characters in extraordinary situations and exotic locales. As The New York Times boasted in 1950, Hemingway was "the greatest writer since Shakespeare."

With the recent publication of The Letters of Ernest Hemingway, Volume 3: 1926-1929 (Cambridge University Press, $45), the question begs to be asked, what more does the reader need to know about the boy from Oak Park, Illinois? The answer, quite frankly, is a hell of a lot. 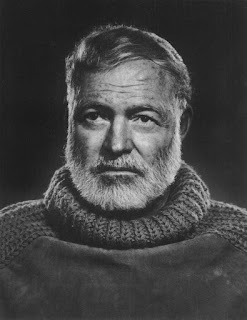 You can also read my Crime Beat column on Hemingway on crime via the below link:

http://www.pauldavisoncrime.com/2009/08/on-crime-thrillers-hemingway-on-crime.html
Posted by Paul Davis at 12:17 AM