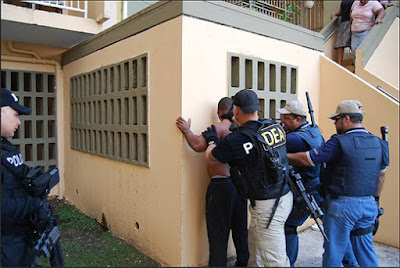 WASHINGTON, DC – The Drug Enforcement Administration (DEA), Immigration and Customs Enforcement (ICE) Homeland Security Investigations (HSI), Customs and Border Protection (CBP), along with other federal, state, and local law enforcement today concluded a 15-month, nationwide drug interdiction effort that resulted in 151 arrests in 16 states.  The enforcement action, known as Project Synergy III, targeted the synthetic designer drug industry, including wholesalers, money launderers and other criminal facilitators.  In addition to curbing the flow of synthetic drugs into the country, Project Synergy III continues to reveal the flow of millions of dollars in U.S. synthetic drug proceeds to countries of concern in the Middle East. 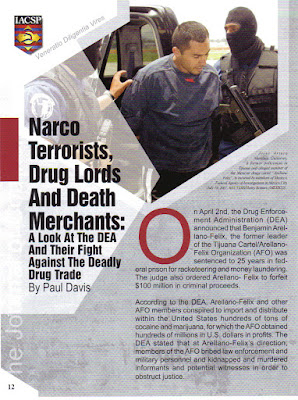 Note: You can also read my Counterterrorism magazine piece on DEA operations via the below link:
http://www.pauldavisoncrime.com/2012/05/narco-terrorists-drug-lords-and-death.html
Posted by Paul Davis at 4:04 PM