The Spy Files: How Kim Philby And Anthony Blunt Turned On Their Fellow 'Cambridge' Agents 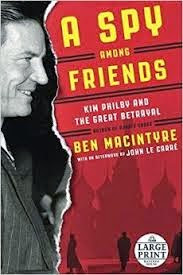 Tom Whitehead and Tom Morgan at the British newspaper the Telegraph offers a piece on the notorious Cambridge spy ring.


Kim Philby and Anthony Blunt turned on their fellow “Cambridge” agents in a desperate attempt to deflect suspicion from themselves as the Soviet spy ring first began to be exposed, files reveal for the first time.
Philby came under immediate suspicion when his associates Guy Burgess and Donald Maclean suddenly fled to Russia in May 1951 as the net closed in on the latter as a Soviet mole.
Burgess had been sent by Philby to tip Maclean off but was not supposed to go with him to Russia and when he did it turned the spotlight on Philby, a senior MI6 agent.
But within days of their disappearance, and with doubts still lingering over Burgess, Philby wrote to the head of MI6 suggesting he had all “the essential requirements of an espionage agent”.
Similarly, Blunt went to see the deputy director general of MI5 on a fishing exercise to see what they knew of Maclean and also pointed the finger at Burgess.
You can read the rest of the piece via the below link:
http://www.telegraph.co.uk/news/uknews/11949108/kim-philby-anthony-blunt-cambridge-spies.html
Note: To learn more about Kim Philby and the Cambridge spy ring I suggest you read Ben Macintyre's A Spy Among Friends: Kim Philby and the Great Betrayal.
Posted by Paul Davis at 11:16 PM