'Cowboy George' Martorano And The Case That Changed The Philly Mob 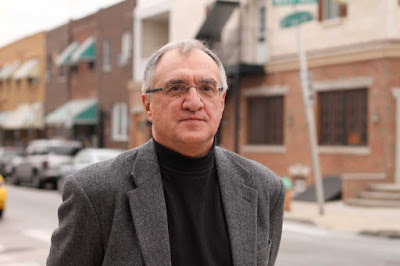 Veteran organized crime reporter and author George Anastasia (seen in the above photo) offers a piece at Bigtrial.net on the release of Philadelphia mobster George Martorano and how his drug conviction changed the face of the Philly mob.

Earlier this month, George Martorano was released from a prison.

It was long overdue.

Martorano, 65, had spent 32 years in federal institutions. Jailed in 1983, he pleaded guilty a year later to drug dealing charges, admitting that he ran a multi-million dollar narcotics ring that dealt in cocaine, heroin and marijuana.  It was his first offense. Yet the judge -- the late John B. Hannum -- sentenced him to life.

On the face of it, it hardly seemed logical or fair. It was the maximum sentence. Martorano could have gone to trial, gotten convicted and would have faced no harsher punishment. Where was the benefit in pleading out? Usually that factors in to the sentencing process. You take a plea, you catch a break.

Conventional wisdom at the time was that Martorano -- nicknamed "Cowboy George" and the son of mobster Raymond "Long John" Martorano -- was looking at a 10-year max. If he got lucky, maybe less.

Instead, the judge dropped the hammer.

Why Hannum chose to go in that direction is part of a bigger, more complicated story that literally changed the face of the Philadelphia mob.  At least that's the position of aging mob informant Nicholas "Nicky Crow" Caramandi whose testimony in the late 1980s decimated the crime family he and Long John Martorano had once served.

You can also read my Philadelphia Inquirer review of George Anastasia's book Gotti's Rules below: 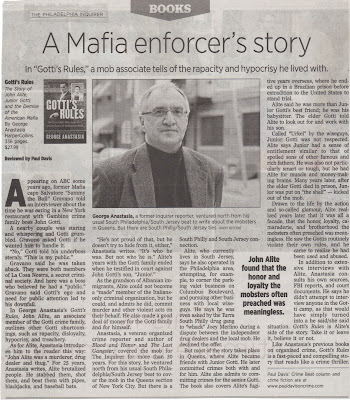