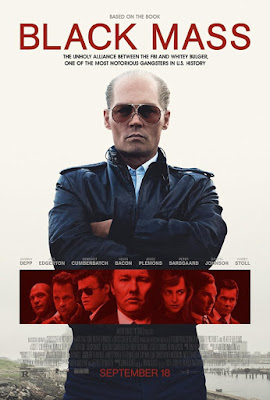 Former Philadelphia Inquirer reporter George Anastasia (seen in the below photo), author of Gotti's Rules, Blood & Honor and other books on organized crime, offers his view of the film Black Mass and the backstory of the FBI and Boston gangster James "Whitey" Bulger for BBC.com.

It’s sure to be compared to The Godfather and Goodfellas, but Black Mass is in a category all its own. It’s a dark character study – grim, sinister and brooding. And while there’s lots of talk about loyalty and honour, as there was in The Godfather and Goodfellas it isn’t about those things – Black Mass is really a story of seduction and betrayal. That doesn’t make the film better than the two underworld classics to which it will be compared but it does make it more realistic.
Director Scott Cooper has kept the story as close as possible to the book on which it is based. And that book, Black Mass: Whitey Bulger, the FBI, and a Devil's Deal, by Boston Globe reporters Dick Lehr and Gerard O’Neill, is by far the best of nearly a dozen written about James ‘Whitey’ Bulger, the Boston wiseguy who used his role as an FBI informant to literally get away with murder. And drug dealing, gun running, loansharking and extortion. 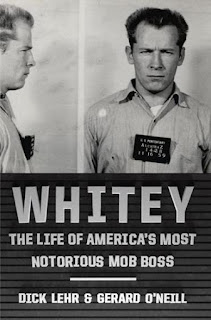 You can also read my interview with Dick Lehr, the co-author of Black Mass and Whitey: The Life of America's Most Notorious Mob Boss, via the below link: 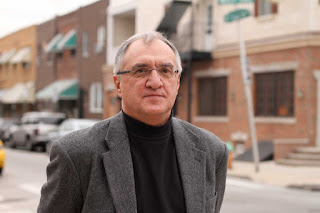 And you can read my Philadelphia Inquirer review of George Anastasia's Gotti's Rules via the below link:

http://www.pauldavisoncrime.com/2015/02/my-philadelphia-inquirer-review-of.html
Posted by Paul Davis at 12:38 AM