'And It Came To Pass': Luke On The Birth Of Jesus 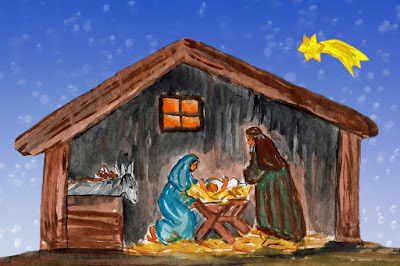 The New York Post offers the below on Christmas:


From the Gospel According to Luke,
Chapter 2, Verses 1 through 20:
And it came to pass in those days, that there went out a decree from Cæsar Augustus, that all the world should be taxed.
(And this taxing was first made when Cyrenius was governor of Syria.)
And all went to be taxed, every one into his own city.
And Joseph also went up from Galilee, out of the city of Nazareth, into Judæa, unto the city of David, which is called Bethlehem; (because he was of the house and lineage of David).
o be taxed with Mary his espoused wife, being great with child.
And so it was, that, while they were there, the days were accomplished that she should be delivered.
And she brought forth her firstborn son, and wrapped him in swaddling clothes, and laid him in a manger; because there was no room for them in the inn.
You can read the rest via the below link:
http://nypost.com/2016/12/24/and-it-came-to-pass-luke-on-the-birth-of-jesus/
Posted by Paul Davis at 2:14 PM

Labels: Christmas, the Birth of Jesus, The Gospel According to Luke, The New York Post Editorial Board