The Birth Of SEAL Team Six 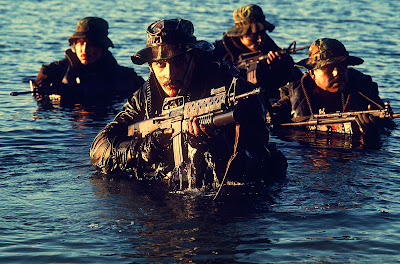 Sarah Pruitt at History.com offers a piece on the birth of SEAL Team Six.

IF much of the history and operations of the U.S. Navy’s special operations forces, or Navy SEALs, remain shrouded in secrecy, that’s especially true for Team Six, the highly classified group that carries out some of the world’s most dangerous and difficult military missions. The Pentagon barely acknowledges the group’s existence, and doesn’t call it by the name Team Six; it’s officially known as the Naval Special Warfare Development Group, or DevGru for short. From World War II to today, we trace the history behind one of the nation’s most elite and most secretive military organizations.

You can also read my Counterterrorism magazine piece on the history of the Navy SEALs via the below link:

And you can read my Counterterrorism magazine piece on the WWII UDT frogmen who influenced the modern Navy SEALs via the below link: