James Jones: The Thin Red Line Between Fact And Fiction 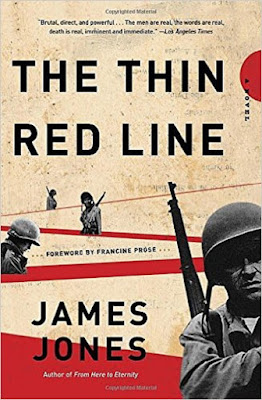 
James Jones’s The Thin Red Line is considered one of the finest combat novels to emerge from World War II. The second work in a trilogy alongside From Here to Eternity and Whistle, The Thin Red Line’s hard-hitting depiction of exhausted American soldiers battling the Japanese across Guadalcanal received glowing critical responses upon its publication in 1962. The Christian Science Monitor compared the book to Stephen Crane’s The Red Badge of Courage;Newsweek called it “a rare and splendid accomplishment…as honest as any novel ever written.”
At the beginning of the novel, Jones wrote: “Anyone who has studied or served in the Guadalcanal campaign will immediately recognize that no such terrain as that described here exists on the island. ‘The Dancing Elephant,’ ‘The Giant Boiled Shrimp,’ the hills around ‘Boola Boola Village,’ as well as the village itself, are figments of fictional imagination, and so are the battles herein described as taking place on this terrain. The characters who take part in the actions of this book are also imaginary…. [A]ny resemblance to anythinganywhere is certainly not intended.”
However, this is not completely true. Jones served on Guadalcanal as a corporal in Fox Company, 27th Infantry Regiment, 25th Infantry Division, and found fault with the official U.S. Army histories of the war. “You can read the history of a campaign in which you served, and find the history doesn’t at all tally with the campaign you remember,” he wrote. While working on The Thin Red Line, Jones told his editor, “No book has ever really been written about combat in wartime with real honesty.” So, like his literary hero, Thomas Wolfe, Jones used “only those things I have experienced myself, and those told me by men in my old company.” 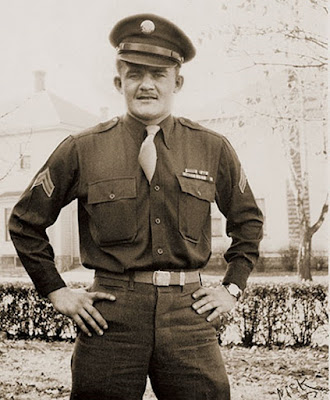 You can read the rest of the piece via the link below: 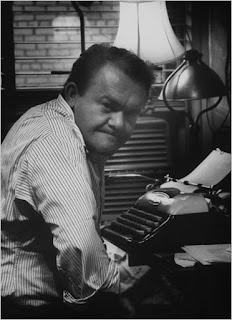