Ralph Peters: What Our Nation Would Get With General Mattis As Defense Secretary 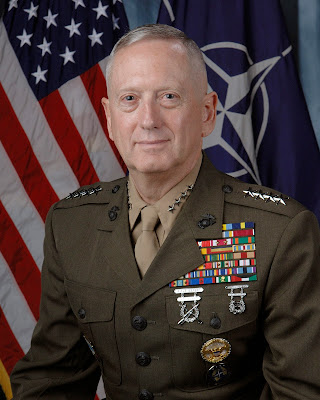 Retired U.S. Army Lt Colonel and author Ralph Peters offers his take on retired Marine General James Mattis (seen in the above DoD photo), who may become the next Secretary of Defense.


I’m lucky enough to know General James Mattis slightly. Just well enough to trust him unreservedly with our military and our nation’s security.
The president-elect could not choose a better man to be our next Secretary of Defense. Not just because Mattis is a battle-hardened Marine with a remarkable combat record. And not just because he has a mind of remarkable clarity and is, without question, the best-read general of his generation.
I trust Jim Mattis because he’s a man of character, that most un-Washingtonian quality. His public image is of one rough-and-tough Marine, but the man I’ve encountered is, above all, one of integrity. His code of honor is so out of fashion that one has to reach back to a Victorian vocabulary:  He has a noble spirit.
And he’s a genuine patriot, not a shouter with his eye on the next chance. He will do what’s right, not what’s expedient.  And he will never go along with anything he believes might harm our country.
In addition to plenty of dirty-boots experience in the Middle East and a deep knowledge of history—that most underrated study—Jim Mattis has another great qualification to be SecDef: He wasn’t looking for a job. He was happy in retirement, studying, helping his fellow Marines, and contributing thoughtfully to our national security behind the scenes.
You can read the rest of the piece via the below link: