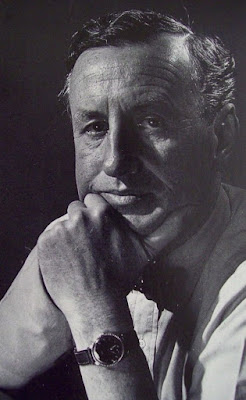 I tend to agree with the late, great actor George C. Scott, who refused his Oscar for the film Patton, saying that art should not be compared and should not compete.

Scott said that you can not hold up two great paintings and say "And the winner is.."

Ian Fleming (seen in the above photo) is often compared to John le Carre (seen in the below photo), with le Carre being offered as the anti-Fleming when it comes to realism. Yet le Carre has often stated that his novels come more from his imagination than from his five years as a British intelligence officer. 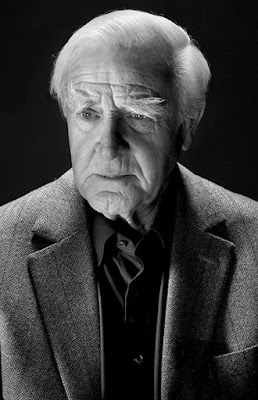 In my view, Fleming and le Carre are two very different kinds of writer. I prefer Fleming, with From Russia With Love as my favorite novel, but I also read and enjoy le Carre's novels, especially his early novels, such as Tinker, Tailor, Soldier, Spy. Both are great Cold War spy novels and they can both be read and reread and enjoyed.

Fleming and le Carre should not be pitted against each other.

And yet I was interested in reading Tom Cull's piece at the James Bond website MI6 - not to be confused with the British intelligence agency - on the Ian Fleming vs John le Carre debate.


Within the fitting grandiose setting of the Emanuel Centre in London’s Westminster, last Tuesday saw two of the most influential writers working today make the case for their respective choices for the greatest spy novelist of all time.
In one corner Anthony Horowitz, the author of the latest Bond continuation novel “Trigger Mortis”, argued for Ian Fleming.  He was pitted against David Farr, who recently adapted John Le Carre’s “The Night Manager” for our screens with global success.
Accompanying them were four esteemed actors who added colour to the debate by performing readings of each author’s novels, who included Simon Callow, Lesley Manville, Alex Macqueen and Matthew Lewis.
... The Bond films, of course, are intertwined with the book’s success and yet whenever the film franchise chooses to stick closely to the original texts, they are all the better for it. Fleming’s Bond was the first modern spy and Mr. Horowitz stressed that in those early books he was no cartoon hero and Fleming adroitly made him vulnerable.
Mr. Horowitz discussed Fleming’s wonderful use of language as only he wished he could write and asked, “did Le Carre ever write a sentence with such a smile?” The sheer number of great set pieces, book titles and iconic moments are incredible for one writer to have created in 12 books. Do we really know Le Carre’s characters in the same way?
Fleming’s Bond is in our national identity.
...In Le Carre’s novels, he is seeking himself just as his characters seek their nemesis. Deep ideas but never high-brow. He tackles moral problems, which tests the reader and asks the sort of questions that we ask ourselves about our own identity.
You can read the rest of the piece via the below link:

And you can listen to audio of the debate via the below link: 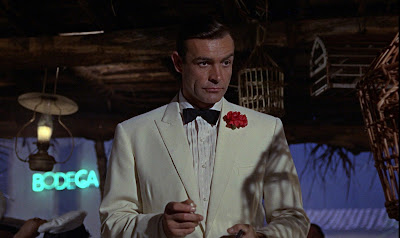 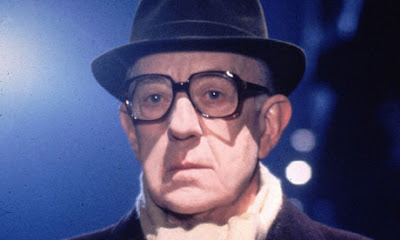 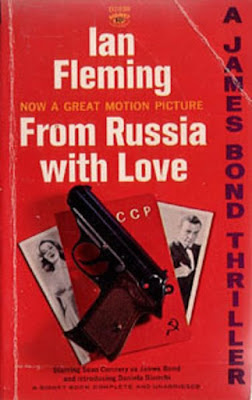 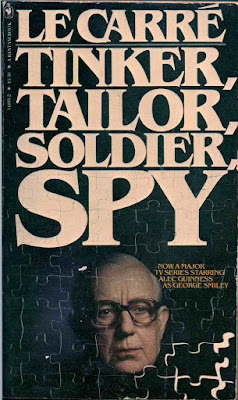