Serial Killer Hung In South Philly In 1896: How A Philadelphia Murder Led To Discovery Of H.H. Holmes' Chicago 'House of Horrors' 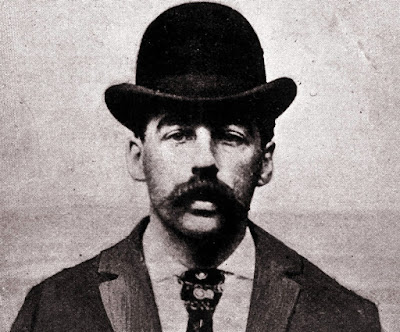 Tommy Rowan at the Philadelphia Inquirer offers an interesting piece on the hanging execution of serial killer H.H. Holmes in South Philadelphia in 1896.

As the sun rose on May 7, 1896, gawkers crowded outside the high stone walls of Moyamensing Prison in anticipation of the execution of one of America’s first serial killers.Reed and 10th Streets pulsed as policemen pushed the horde away from the gates and the horde pushed back. While observers could neither see nor hear the proceedings, they were nevertheless drawn to the fortress by a morbid fascination with an authentic monster.

Herman Webster Mudgett is better known as H.H. Holmes, the man who built a “House of Horrors” in Chicago where he tortured and murdered unsuspecting victims between 1886 and 1894.  But it was not until he murdered a business partner in Philadelphia that police would discover the extent of his crimes. 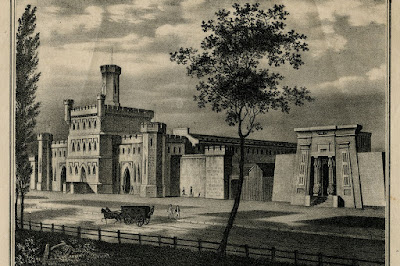