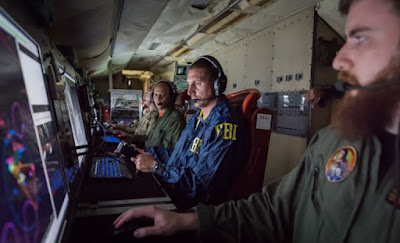 The FBI offers a report on a task force that is stemming the flow of drugs.


The tip came to an FBI agent in New Orleans from a source there involved with a violent Honduran street gang: A large shipment of cocaine ultimately bound for the U.S. was about to leave Costa Rica destined for Honduras.

That information was relayed to FBI personnel at the Joint Interagency Task Force South (JIATF-S) in Key West, Florida, a multi-agency, international alliance whose mission is to cover 42 million square miles of territory primarily in Central and South America to stem the flow of illegal drugs and to disrupt and dismantle sophisticated narco-trafficking networks. Much of that work is carried out on the high seas.

The Honduran traffickers had set out from Limón, Costa Rica. Their “go-fast” boat—a small, low-profile vessel favored by smugglers—was packed with 300 kilos of cocaine and a cache of military-grade weapons, including M16 rifles and grenade launchers.

When intelligence sources confirmed that the boat was in the water, officers on the watch floor at JIATF-S requested that the U.S. Navy launch a P3 surveillance aircraft to locate the smugglers, who were making their way up the east coast of Nicaragua toward Honduras. Because there were no U.S. Coast Guard cutters in the vicinity to make an interdiction, the watch floor commander called the Honduran liaison officer assigned to JIATF-S and asked for assistance.

In a matter of hours, radar-equipped Honduran aircraft had taken over tracking the vessel and Honduran navy patrol boats were under way. As the navy interceptors closed in, the four smugglers beached their craft and ran into the jungle, firing on their pursuers as they fled. In the end, the criminals were apprehended, along with the drugs and weapons. The four are currently imprisoned in Honduras.

From a single piece of intelligence provided to the FBI in New Orleans, an international response was quickly set in motion that kept a large quantity of drugs from entering the United States. At JIATF-S, scenarios like this play out nearly every day.