Life On The Mississippi: The American Queen Steamboat Will Transport You Back To The Time Of Mark Twain 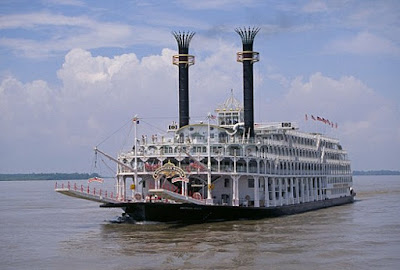 Mark Twain is one of my favorite writers. I love his novels, especially The Adventures of Huckleberry Finn, but I love even more his memoirs and semi-autobiographical books, like Roughing It, and Life On The Mississippi.

When I was a Defense Department administrative officer some years ago I attended a public affairs conference in Memphis, Tennessee. The week-long conference was interesting and the nightlife was even more so.

I enjoyed Memphis' music and bar scene on historic Beale Street every night. I passed on visiting Elvis Presley's Graceland, but I was thrilled to have visited a Steamboat-restaurant docked on the Mississippi River.

I enjoyed the fine southern cooking and while I ate and drank I felt as if I went back into time. I half-expected ole Sam Clemens, aka Mark Twain, to walk into the dinning room, attired in his customary white suit with his ever-present cigar in his hand. I only wished that he had, and I wished that the steamboat had left the dock and headed on down the river.

Now, according to Lynn Houghon at the British newspaper the Daily Mail, one can go back to that era and cruise the Mississippi by boarding a steamboat called the American Queen.

Straightening my black fishnet stockings and smoothing the ribbons on my red taffeta dress, I peer from behind the thick velvet curtains skirting the proscenium of the Grand Saloon.

Flickering gas lamps are enveloped in smoke that curls up from fat, hand-rolled Cuban cigars.

Ladies dressed in lace and finery sip mint juleps and fan themselves. On stage, the banjo picker strums Civil War ballads. None of this is happening, but imaginations run wild on a voyage up the Mississippi River.

This trip, on the six-deck American Queen, departs from New Orleans and ends in Memphis, Tennessee.

Several of the 436 passengers are aficionados of steamboating. 'All the boys in my hometown in Missouri had one ambition: to be steamboat men,' says Mark Twain.

This Mark Twain is an actor, who gives two well-received performances. 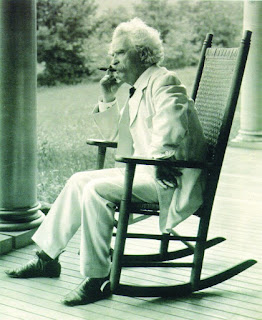 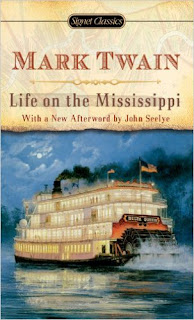