Between Two Wars: First-Ever Exhibition Of The Life And Writings of Ernest Hemingway 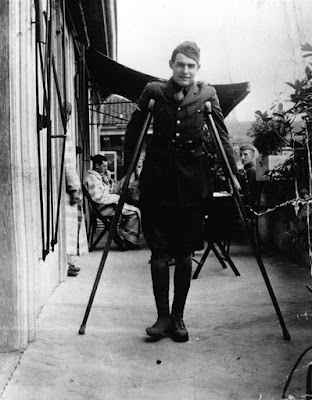 Artfixdaily.com offers a piece on the exhibition on Ernest Hemingway at the Morgan Library & Museum in New York City.

In July 1918, Ernest Hemingway (1899–1961) was serving as a volunteer with the Red Cross on the Italian Front during World War I when he was seriously wounded by mortar fire. He was just eighteen.

Later he would write, “When you go to war as a boy you have a great illusion of immortality. Other people get killed; not you ... Then when you are badly wounded the first time you lose that illusion and you know it can happen.”

Ernest Hemingway: Between Two Wars is the first museum exhibition devoted to one of the most celebrated writers of the twentieth century. His direct, spare style influenced successive generations of authors around the world. And tens of millions would read his books and never forget the stories and characters in such masterpieces as The Sun Also Rises, A Farewell to Arms, For Whom the Bell Tolls, and The Old Man and the Sea.

http://www.artfixdaily.com/calendar/details/1784-first-ever-exhibition-of-the-life-and-writings-of-ernest-hemingwa
Posted by Paul Davis at 3:31 AM

Labels: A Farewell to Arms, American literature, artfixdaily.com, Between Two Wars Ernest Hemingway exhibition, For Whom the Bell Tolls, Morgan Library and Museum