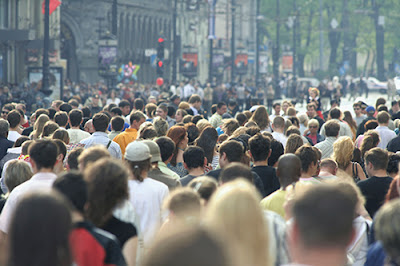 The FBI website reports on the FBI's investigation of human rights violators:


Five years ago, nearly a dozen former soldiers who served during the Bosnian civil war in the early ‘90s before settling in Arizona were sentenced for lying on their applications for refugee status when they came to the U.S. Last year, a Bosnian-born Minnesota man was arrested on fraud charges for not disclosing crimes—including murder, kidnapping, and robbery—he allegedly committed during his military service in Bosnia-Herzegovina. In January, a Bosnian-born Vermont man was found guilty of lying to get into the U.S. and obtain his naturalized citizenship.
These cases illustrate efforts across multiple agencies and international borders to hold accountable any individuals who committed war crimes or atrocities overseas before entering and settling in the U.S. And Bosnian war criminals represent just a sampling of the subjects being sought. The U.S. Immigration and Customs Enforcement’s (ICE) Homeland Security Investigations (HSI) is pursuing more than 1,900 leads and cases on individuals from about 96 countries. The FBI, which works alongside HSI and special prosecutors at the Human Rights Violators and War Crimes Center in Northern Virginia, has pending investigations in nearly a third of our 56 field offices.
Managing the FBI’s role in identifying, locating, and investigating these cases is the Bureau’s International Human Rights Unit (IHRU), which works closely with partner intelligence agencies and the Department of State to identify subjects and gather leads. Agents in the unit then coordinate the FBI’s approach in the field—whether it’s collecting intelligence, developing sources, or just meeting leaders in diaspora communities to make them aware that the FBI is seeking tips on the whereabouts of suspected war criminals and human rights violators.
You can read the rest of the piece via the below link:
https://www.fbi.gov/news/stories/2015/july/investigating-human-rights
Posted by Paul Davis at 1:20 PM