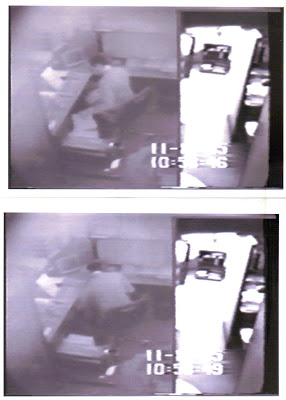 WASHINGTON (AP) — Jonathan Pollard, an American who was convicted of spying for Israel in a sensational espionage case that inflamed public sentiment, could be released from federal prison within months, his lawyer and the Justice Department said Friday.

Pollard becomes eligible for parole in November, on the 30th anniversary of his arrest on charges of selling classified information to Israel. He will be presumptively eligible for release unless the U.S. Parole Commission determines that he has a record of bad behavior in prison or is likely to commit new crimes.

U.S. officials say they're unlikely to oppose his parole. But the Justice Department says it expects Pollard to serve out his entire sentence.

You can also read my 1999 Philadelphia Inquirer piece on why Pollard should not be released from prison via the below link:

And you can read my Counterrorism magazine piece on Ronald J. Olive, the Naval Criminal Investigative Service (NCIS) special agent who investigative Pollard via the below link:

http://www.pauldavisoncrime.com/2014/04/a-look-back-at-jonathan-pollard-spy-case.html
Posted by Paul Davis at 6:41 AM