A Writer In Training: Ian Fleming The Journalist 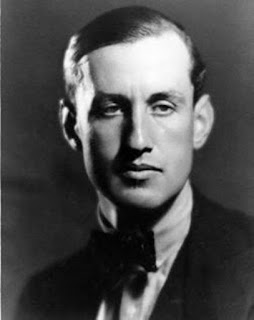 Tom Cull at ianfleming.com tours London and examines Ian Fleming's career as a journalist, before he found fame as the author of the James Bond thrillers.


On a quiet Sunday in the City of London recently, I re-traced some of Ian Fleming’s old haunts during his journalism and banking days, including what used to be the Reuters building at The Royal Exchange. It occurred to me that it was here that Ian Fleming got his first taste of writing professionally. Throughout his career, journalism formed an important part of his research and inspiration, before finally becoming a way to remain ‘part of the action’ after the war.
His well-documented 2 month break in Jamaica to write his James Bond novels was a feat of discipline and economy; writing quickly and accurately and never looking back, trusting totally in his technique. Many writers, including the prolific Raymond Chandler, found this timetable astonishing. He asked Ian in an interview in 1958 how he could write so quickly with all the other things that he did, and remarked that the fastest book he ever wrote was in 3 months. So, from where did Ian Fleming acquire this skill?
...When an intriguing assignment came up in Stalin’s Russia, to report on a court case involving British construction workers (tantamount to a show trial), Fleming was called up. His ‘smattering of Russian’ and the fact that the regular Reuters Moscow correspondent might have had his Russian sources compromised meant that this was Ian’s big break. It was also his first exposure to the dark underbelly of Soviet communism that would pique his interest in cloak and dagger matters and mark Russia out as the political bête noire for the West. His reporting again impressed his peers. He turned in articles on tight deadlines. Ian described his training at Reuters as giving him a “good, straightforward style,” and there he learned to write fast and accurately because at Reuters “if you weren’t accurate you were fired, and that was the end of that.”
http://www.ianfleming.com/a-writer-in-training-ian-fleming-the-journalist/
Posted by Paul Davis at 3:18 AM