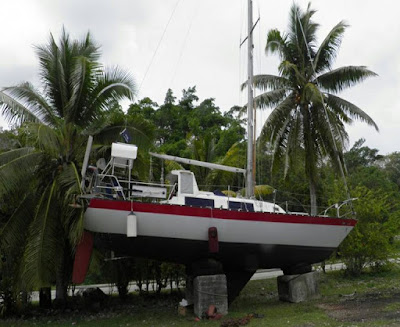 The FBI website reports on an international kidnapping case.


When 9-year-old Billy Hanson didn’t return to Pennsylvania after spending the summer with his father in Seattle, the boy’s mother called her local police department, setting in motion an international kidnapping investigation that led FBI agents halfway around the world to a tiny island in the South Pacific.
What would eventually bring the case to a successful conclusion was the extraordinary collaboration between local, federal, and international law enforcement and other agencies. But on that September day in 2014 when Billy was not on the flight he was supposed to be on, his mother “was obviously very concerned,” said Special Agent Carolyn Woodbury, who led the investigation from the FBI’s Seattle Division.
Johanna Hanson had agreed to let her son spend that July and August living with his father, Jeff Hanson, aboard a 30-foot sailboat named the Draco. But after Billy arrived in Washington, she began receiving text messages from her estranged husband suggesting that Billy would not be returning in the fall—a clear violation of their court-approved custody agreement.
You can read the rest of the report via the below link:
https://www.fbi.gov/news/stories/2015/july/international-parental-kidnapping-case
Posted by Paul Davis at 6:19 AM