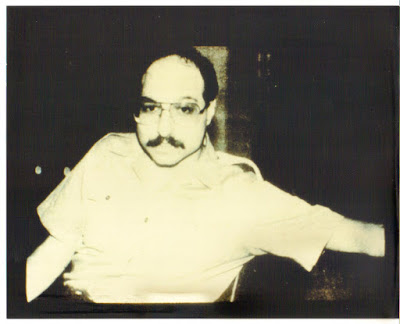 Michael Weiss at the Daily Beast asks why the notorious convicted spy and oddball is being released from prison.


“It is difficult for me, even in the so-called ‘year of the spy,’ to conceive of a greater harm to the national security than that caused by the defendant in view of the breadth, the critical importance to the U.S., and the high sensitivity of the information he sold to Israel.”
Thus spake U.S. Defense Secretary Caspar Weinberger in 1986 in a still largely classified declaration, more or less sealing the life sentence handed down to Jonathan Pollard, a former analyst at the U.S. Navy’s Anti-Terrorist Alert Center who over a 17-month period in the mid-1980s passed along enough classified intelligence to Israel to fill, by his own admission, a 6x6x10-foot room.
After decades of trying in vain to get out of jail, Pollard will be released on November 20 after serving 29 years in a federal prison. The timing, coming so soon after the U.S. helped ink an arms control agreement with Iran, has raised eyebrows not least because anonymous U.S. officials told The Wall Street Journal last week that the Obama administration was planning to release Pollard as a salve to Israel to try and convince the Jewish state to tone down or abandon its fierce criticism of the Iran deal.
The administration has repeatedly denied that any such quid pro quo arrangement was being brokered and insisted that Pollard’s fate was entirely up to an independent parole board. “I haven’t even had a conversation about it,” Secretary of State John Kerry told reporters Tuesday.
However, while it’s true that Pollard was in any event due for a mandatory parole hearing this year under the terms of his sentence, the Journal scoop proved uncannily prescient.
You can read the rest of the piece via the below link:
http://www.thedailybeast.com/articles/2015/07/29/why-is-the-u-s-releasing-israeli-spy-jonathan-pollard.html
You can also read an earlier post on Pollard via the below link:
http://www.pauldavisoncrime.com/2015/07/convicted-spy-jonathan-pollard-could-be.html

Note: The above photo of Jonathan Pollard was released by the U.S. Navy.
Posted by Paul Davis at 9:22 AM