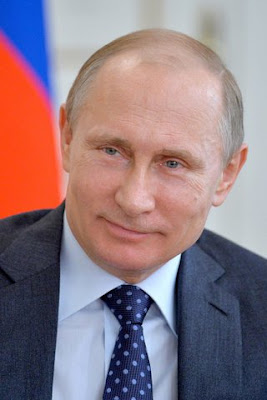 The British newspaper the Daily Mail offers a piece on a report that accuses Russian leader VladimirPutin of ordering the murder of Alexander Litvinko in the UK.


A public inquiry into the assassination of Alexander Litvinenko prompted a furious diplomatic row between Britain and Russia today after the independent probe said President Putin had 'probably' personally authorised the 2006 killing.

Mr Litvinenko - who had accused the Russian president on his death bed - was killed by two FSB spies who slipped radioactive polonium 210 into his tea pot at a Mayfair hotel in central London, Sir Robert Owen said today in a major report.

Prime Minister David Cameron today said the report outlined what happened was 'absolutely appalling' but he admitted the Syria crisis meant Britain had to have a relationship with Russia albeit one with 'clear eyes and a cold heart'.

You can read the rest of the piece, view photos and watch a video clip via the below link:

http://www.dailymail.co.uk/news/article-3409405/Inquiry-says-Litvinenko-killed-Putin-s-spies.html
Posted by Paul Davis at 11:42 AM