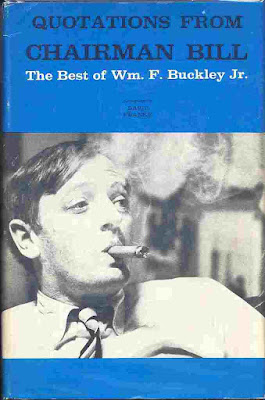 Many people are inflamed by the rampant demagoguery in the present scene. Demagoguery — demagogy — comes in two modes. Most conspicuous is that of the candidate who promises the voters what are best described as Nice Things. Why not health care for the uninsured? Or for children? Why not cheaper drugs? Free child delivery? (Free funerals?) Sharpshooters tracking down demagogy were out there waiting last summer, eyes trained, when Bill Bradley arrived in Iowa. Would he do it? Would he advocate an end to the subsidy of ethanol? Ethanol is the program, excogitated during the Carter Administration, which sought to augment the staying power of a gallon of gasoline by an infusion of ethanol. What happened is that the price of oil went down, and the potential economic value of an ethanol additive turned out to be less than the cost of producing ethanol, and that was many moons ago. . . .What about the aspirant who has a private vision to offer to the public and has the means, personal or contrived, to finance a campaign? In some cases, the vision isn’t merely a program to be adopted. It is a program that includes the visionary’s serving as President. Look for the narcissist. The most obvious target in today’s lineup is, of course, Donald Trump. When he looks at a glass, he is mesmerized by its reflection. If Donald Trump were shaped a little differently, he would compete for Miss America. But whatever the depths of self-enchantment, the demagogue has to say something. So what does Trump say? That he is a successful businessman and that that is what America needs in the Oval Office. There is some plausibility in this, though not much. The greatest deeds of American Presidents — midwifing the new republic; freeing the slaves; harnessing the energies and vision needed to win the Cold War — had little to do with a bottom line.
You can read the rest of the piece via the below link: