Dumbest Criminal of 2016 (So Far): Kidnapper Nabbed At Meeting He Scheduled With Victim 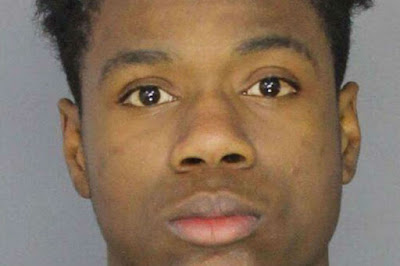 Stephanie Farr at the Philadelphia Daily News offers a piece on a candidate for the dumbest criminal of 2016.


JUST DAYS into 2016, one Delaware County teen already has made his bid for the stupidest criminal of the year, by showing up for a follow-up meeting he'd scheduled with an elderly woman he had kidnapped and robbed the day before, according to police.
Nether Providence Police Chief David Splain said the suspect, 17-year-old Jason Donte Hayes, was surprised when he was met in a shopping center parking lot by police instead of the victim.
"We were the last ones he was waiting to see. He was waiting for a little old woman," Splain said. "If he can survive the remaining 340-some days of the year, he will definitely win the dumbest criminal of the year on Dec. 31."
You can read the rest of the piece via the below link:
http://mobile.philly.com/beta?wss=/philly/news&id=364938121
Posted by Paul Davis at 7:42 AM