Ready For His Close-Up (As In Mugshot): Mexican Drug Lord Joaquin El Chapo Guzman Couldn’t Escape The Allure Of Hollywood 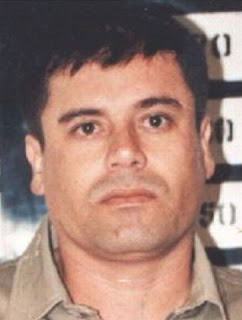 Richard Cohen offers an interesting column in the Washington Post on how Mexican drug lord El Chapo let the allure of Hollywood aid in his capture.


“Nothing has hurt people more in this country than wanting to be in the movies.” So said Edward Hayes, a sagacious New York lawyer who has been in some movies himself and been portrayed in others (“Bonfire of the Vanities”). He has also defended bad guys who have risked life, liberty and wealth (usually cash) in pursuit of stardom. To Hayes, “El Chapo” — Mexican drug kingpin, killer and escape artist — must be a familiar sort. He’s just another schmuck who wants to be in pictures.
For that reason, El Chapo — Joaquín Guzmán-Loera to his mother and the police — contacted Sean Penn to see about a movie. El Chapo (“Shorty”) was in hiding, having gone for a shower six months earlier and vanished down the drain. He plopped into a tunnel and onto a waiting motorcycle, surfacing as a free man and, without a doubt, movie material.
You can read the rest of the column via the below link: