Journalism In the Movies 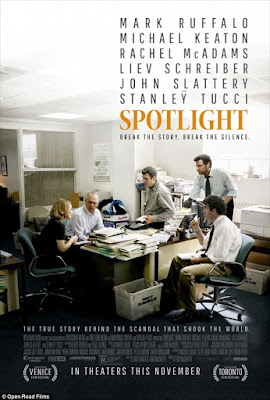 Danny Leigh at FT.com looks at the way journalism and journalists are portrayed in the movies.


“I hate newspaper men,” Orson Welles told an interviewer in 1960. The sentiment had a certain clout. Welles, after all, was the man whose portrait of press ownership in Citizen Kane (1941) cemented forever the link between cinema and journalism: two grand 20th-century enterprises then run by much the same kind of swaggering tycoon.
Movie studios and news operations still often share owners, albeit now sprawling conglomerates. But long after Welles, the director Tom McCarthy takes a warmer view of journalists. His new film, Spotlight, is the story of the Boston Globe investigative team who in 2001 uncovered the mass sheltering of paedophile priests by the Catholic Church. McCarthy has crossed paths with the trade before: as an actor, he played a crooked reporter in the final season of TV’s The Wire. Nevertheless, he believes in its better nature.
“When I was making The Wire I spent time on the Baltimore Sun, and what I saw was blue-collar craftsmanship, this rolling-up of the sleeves and just doing the hard work because you’re a curious person who wants to get to the truth.”

You can also read another post about journalism and the movies via the below link: