The Prose Factory: What Is Literary Culture, What Is Taste And What Author's Books Will Still Be In Print In 25 Years? 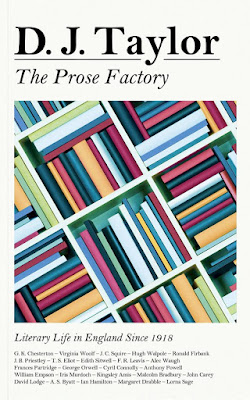 
Few things are more perishable than literary fame. I was fishing once on an otherwise deserted beach in Tasmania, and a white-bearded man approached, striking up a conversation. He asked my name, and was unable to conceal his excitement when I told him. “No, it’s not possible. You can’t by any chance be related to…” – and out it came – “… the family who make the fishing reels?”
I reflected on his question last month, during a party in London to celebrate my publishers’ 25th anniversary. Gathered together were a hundred or so of our most glittering literary fish. The speech of honour was given by a celebrity chef who had flown in from an “exhausting” American tour. A second speech, by one of England’s foremost novelists, absent with flu, was read out by his editor, who mispronounced Jorge Luis Borges as Borgia (like Cesare). Looking on were familiar literary types. The bestsellers who felt they should be more seriously reviewed. The seriously reviewed authors who felt they should be selling more books. And, outstripping everyone in sales and reviews, Norway’s answer to Proust, Karl Ove Knausgaard, who fainted and had to be taken outside. How many of these names, I wondered, would still be in print in 25 years? Not even the cookery writer, suggests D J Taylor’s entertaining if sobering history.
The Prose Factory is a survey of English literary life since the First World War. At its heart, claims Taylor, are two inquiries: what is literary culture, and what is taste? The looseness of his theme allows him to stray where he wants, at one point meandering into the field of popular lyrics, and discerning the improbable influence of Nancy Mitford’s The Sun King behind the Beatles’ song Here Comes the Sun.
You can read the rest of the review via the below link: