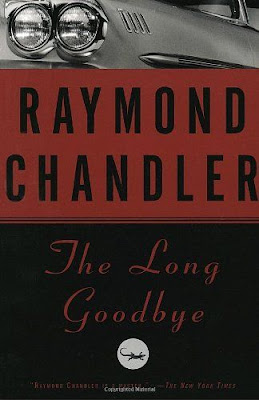 Lucy Feldman at the Wall Street Journal offers a piece on Michael Connelly's selection of Raymond Chandler's The Long Goodbye for the newspaper's book club.


Michael Connelly discovered “The Long Goodbye” through the ultimate readers’ taboo: He saw the movie first.
Long before launching his career as a crime novelist, Mr. Connelly was a University of Florida construction-engineering major who spent Monday nights watching movies at the student union. After seeing Robert Altman’s 1973 adaptation of Raymond Chandler’s novel, he bought the paperback tie-in and his life as a writer began. “I bought all his novels, stopped going to class and just read them back to back to back,” he says. “I went and changed my major to journalism and creative writing and decided I wanted to try to be a writer.”
Four decades and 28 novels later, Mr. Connelly—this month’s WSJ Book Club host—is best known for his series about Los Angeles police detective Hieronymus “Harry” Bosch, also the subject of theAmazon series “Bosch.” A former president of the Mystery Writers of America—a distinction he shares with Chandler—the 59-year-old Mr. Connelly selected “The Long Goodbye” for our next read.
You can read the rest of the piece via the below link:

You can also read my interview with Michael Connelly via the below link: