Books On Winston Churchill's War Reporting And His Money 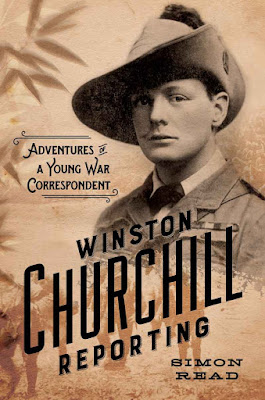 
As the scion of a prominent British family, Winston Churchill nonetheless entered life with two handicaps. Spendthrift elders, notably his father, had squandered what was left of the fortune accumulated by his forebear, the Duke of Marlborough, the 18th-century military hero. And he had not the slightest notion of how to balance his income and spending.
So, at age 20, as a financially-strapped army officer, he used family connections to wheedle permission to cover foreign wars as a correspondent for London newspapers, while retaining his commission. As spectator, he wrote about the Cuban insurrection against Spain and tribal unrest in India. Then, in a dual role as warrior/reporter, he bloodied his sword in cavalry-charge combat in the Sudan. Taken prisoner in the Boer Wars, his escape drew worldwide headlines.
Simon Read recounts this early journalistic career in prose that reveals Churchill’s descriptive skills (and his penchant for high-living, as witness the booze he packed for South Africa — generous supplies of wine and 18 bottles of 10-year-old Scotch).
Drawing on his journalism, by age 25 Churchill had published three best-selling nonfiction books and a novel, and earned about 4,000 pounds (more than $100,000 in then-U.S. dollars), which he felt would “carry me through the lean years.”
Well, this forecast was wrong, spectacularly wrong, as retired banker David Lough reveals in the first detailed analysis of Churchill’s finances during his career.
Churchill’s family gave Mr. Lough access to decades of financial records. Earlier biographers touched briefly on his financial troubles. Now the family has permitted access to Churchill’s accounts that display a financial irresponsibility that it truly mind-boggling.
Even as he struggled, Churchill’s spending can only be called “wild.” As Mr. Lough recounts, during the period 1904-1914, Churchill spent lavishly on wine and other spirits. His liquor merchant let bills run unpaid for years. Churchill finally scrawled on one invoice “no more champagne.” Characteristically, he ignored his own admonition. And he lost an average of 40,000 pounds annually gambling in Monaco casinos.
You can read the rest of the review via the below link: 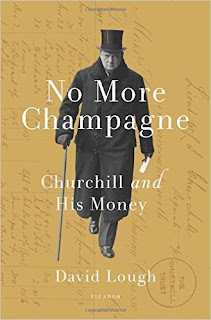