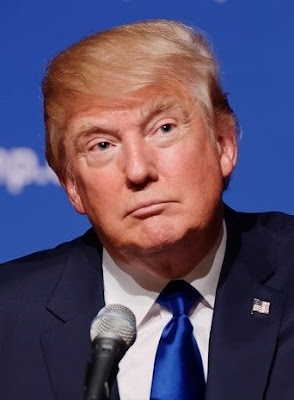 William Treseder, a former Marine and Iraq veteran unloads on Donald Trump's use of veterans to win the election for TIME.

Donald Trump doesn’t care about veterans or the military. He might not even understand the difference between them.

Thursday night’s rally, which the Republican presidential candidate timed to coincide with the Republican debate, reminded us of just one fact: Donald Trump cares about winning. Veterans are a convenient means to help him, nothing more.
The event was designed for the sole purpose of reinforcing Trump’s frontrunner status. The majority of his remarks were focused on how far ahead he is in the polls, or congratulating his wealthy friends for their outsized donations.
Trump barely mentioned veterans. What he wanted was the best possible excuse to avoid the debate. Veterans, especially wounded veterans, were the perfect excuse. Who doesn’t want to support veterans? That was the key to claiming the moral high ground. Without fundraising for such a popular cause, Trump would have been just another candidate whining about unfair treatment by moderators.
But despite his best efforts, Trump can’t fake a history of caring about veterans. Last year we learned how little his foundation has actually contributed to veteran causes—only $57,000 of $5.5 million in donations between 2009 and 2013.
Despite a lack of any demonstrated interest or connection to veterans, Trump relished the chance to draw comparisons between his checkered career in business and the battlefield exploits of others. He said he “has a different sort of guts” and is “financially courageous,” two phrases that must have prompted winces among some veterans watching the event—myself included.

Note:  What I also find infuriating is Trump's stating that his attending a preppy military high school is the equivalent to military service. Every veteran I know finds that laughable.
Posted by Paul Davis at 1:50 PM