Cal Thomas: Out Of (Gun) Control 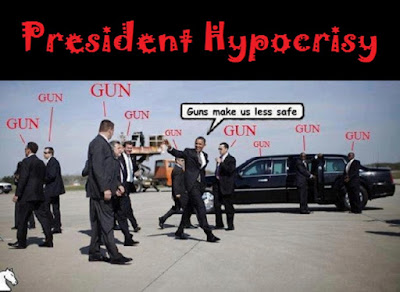 
...In one of his last-gasp efforts to “fundamentally change” America, President Obama is taking executive action on gun control — because he knows he could never get Congress to agree — to keep guns out of the hands of people he claims should not have them.
Stiffer background checks are supposed to achieve his goal of reducing “gun violence,” despite the fact that, according to The Washington Times, “A record number of firearms background checks were conducted by the FBI in 2015 — equating roughly to 44 checks every minute.” A record-setting year. Yet people intent on breaking the law remain undeterred. The San Bernardino shooters who murdered 14 people at a holiday event did not have criminal backgrounds — until they opened fire. The massacre at Sandy Hook Elementary in Newtown, Conn., was committed by a disturbed man whose mother had legally obtained the guns.
Bloomberg reports that, “A study by the Department of Justice found that just 0.7 percent of state prison inmates in 1997 had purchased their weapons at a gun show.” “By contrast,” notes the study, “nearly 40 percent of inmates said they obtained the firearm used in their crime from family or friends, and 39 percent said they got the weapon from an illegal street source.”
You can read the rest of the piece via the below link: