Twenty-five years ago this month, the FBI—working closely with our partners at the Federal Bureau of Prisons (BOP)—played a crucial role in the successful resolution of a prison riot that ended without loss of life or serious injury to any of the hostages, inmates, or responding federal officers.

From August 21 through August 30, 1991, at the Federal Correctional Institution (FCI) in Talladega, Alabama, approximately 120 Cuban detainees armed with homemade weapons took seven BOP and three Immigration and Naturalization Service (INS) employees hostage. The Talladega detainees—a small portion of the more than 120,000 Cubans who came to the U.S. during a six-month period in 1980 in what was called the Mariel boatlift—were being held on a variety of criminal charges. The men had exhausted their appeals through the U.S. legal system and were to be sent back to Cuba, but they didn’t want to go.

The incident began in FCI Talladega’s Alpha Unit—the maximum security wing—around 10 a.m. on August 21, 1991. Negotiations began, and inmates demanded—among other things—that they not be returned to Cuba. Within a few hours of the takeover, Acting U.S. Attorney General William Barr tasked the FBI with the tactical response to the hostage situation: If negotiations failed, the Bureau was to take the lead.

The FBI’s Birmingham Field Office responded first, with Special Agent in Charge Allen Whitaker and his crisis response team quickly mobilizing and setting up a command post. The FBI’s Hostage Rescue Team (HRT) and Special Weapons and Tactics (SWAT) teams from Birmingham and Atlanta were mobilized as well. There was soon a presence of about 180 FBI agents and specialized personnel joining BOP’s Special Operations Response Teams (SORT) and additional personnel from the BOP, the U.S. Marshals Service, and INS. At FBI Headquarters, our Strategic Information Operations Center was also stood up to monitor the situation.

It was hoped that the situation could be ended quickly. In earlier prison riots by Cuban detainees at federal facilities in Atlanta, Georgia and Oakdale, Louisiana, federal negotiators had been able to resolve each crisis. But this time seemed different.

Talks at FBI Talladega—conducted by both BOP and FBI negotiators—were intermittent through the first several days and slowed even further as the incident stretched into its sixth and seventh days. Inmates began firing homemade arrows out of the prison wing and appeared to be fortifying the roof. Some displayed messages written on bed sheets to communicate directly with members of the media outside the prison.

On the eighth day, one hostage was released for medical care, but the approach of the prisoners was hardening and the situation was deteriorating. And the next day, inmates announced they would begin killing hostages one by one, drawing names from a pillow case, if certain interim demands were not met.

All Department of Justice representatives, including Acting Attorney General Barr and the BOP and FBI directors, considered this threat real and of immediate concern. And late on the evening of August 29, Barr gave the order to free the hostages.

So at 3:40 a.m. on August 30, 1991, the Bureau’s HRT and SWAT teams joined the BOP’s team and entered the building. Using shaped charges, they blew off the fortified door to a room holding the hostages and rescued them all without injury. And SORT members took control of the prisoners.

To better facilitate the Bureau’s rapid response to critical incidents, the FBI in 1994 formally created the Critical Incident Response Group (CIRG) to integrate tactical, negotiation, behavioral analysis, and crisis management resources into one cohesive structure. Since then, the FBI’s mission has expanded and evolved, as have CIRG’s responsibilities, which today also include hazardous device disruption, surveillance, special events management, and training for Bureau field personnel and domestic and international law enforcement partners.

And CIRG experts remain on call 24 hours a day, seven days a week, to respond in the event of a crisis. 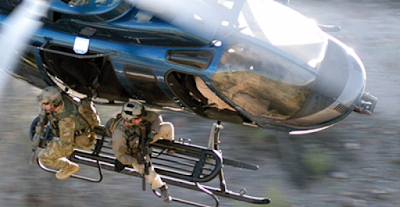 Excerpted from “The Hostage Rescue Team, Part 5: Held to a Higher Standard”

Retired Special Agent Jaime Atherton helped pioneer the HRT’s use of explosive breaching to gain entrance into fortified places during crisis situations. In 1991, he was part of the team that helped rescue nine hostages held by Cuban inmates in the Talladega federal prison in Alabama. The Cubans had been incarcerated after the Mariel boatlift in 1980 and were rioting to prevent their return to Cuba.

“We were there eight or nine days during the standoff and negotiations when the Cubans threatened to kill some of the hostages,” Atherton recalled. “And because they had nothing to lose, they were taken very seriously.” The acting attorney general gave the FBI the green light to rescue the prisoners, and the HRT led the way.

The Cubans and their hostages were barricaded behind bars in a section of the prison, and as Atherton pointed out, it’s much easier to break out of a prison than into one. But when his team got the word, operators executed the type of explosive breach they had trained for—and it worked flawlessly. The hostages were rescued unharmed, and none of the Cubans were hurt.

“That was our first significant use of explosive breaching,” Atherton said, “and to do it in a maximum security prison with people’s lives at stake—that was a pretty big moment for us, a pretty intense couple of minutes. That’s where all your training pays off.”