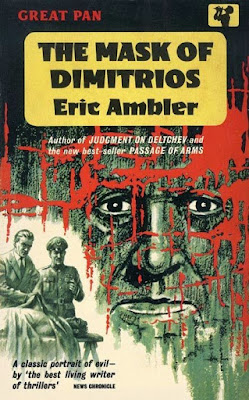 I read Eric Ambler's spy novels when I was a teenager in the 1960s and I've reread the classic thrillers again and again over the years. 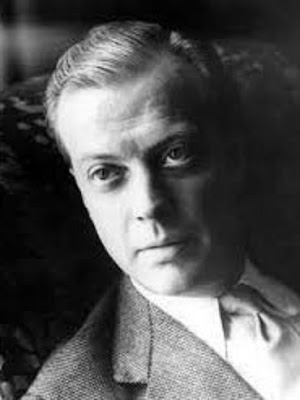 So I was pleased to have come across John Gray's piece in the BBC magazine on Eric Ambler (seen in the above photo) and his spy novels.

The author is Eric Ambler, whose 1930s novels created a new type of thriller. Born in 1909 into a family of music hall entertainers who ran a puppet show, Ambler seems to have become a writer almost by chance. A scholarship boy who trained as an engineer, he toured as a comedian before becoming an advertising copywriter. Along the way he tried his hand at writing avant-garde plays, without much success, then between 1935 and 1940 produced the six novels that changed the thriller forever.

The protagonists of Ambler's novels aren't the hearty public school patriots who stride through the pages of John Buchan. Nor are they the hard-bitten, weary professionals who feature in Somerset Maugham's stories of the agent Ashenden, which were based on Maugham's own experience working for British intelligence in World War One and Russia around the time of the Bolshevik revolution. Ambler's heroes are ordinary people - often unemployed engineers, freelance journalists or jobbing writers - who, while struggling to make a living, stumble into a danger zone whose existence they hardly suspected. The world they discover is one their middle-class morality hasn't prepared them to deal with.

Ambler's villains aren't devilish figures. They're doing no more than apply profit-and-loss accounting to the business of overthrowing governments. Bribery, blackmail and murder are simply take-over techniques applied in the context of politics. The heroes try to hang on to some shreds of decency, but soon find that the imperatives of survival take precedence over those of morality. For the hapless engineers and writers as much as for the ruthless con-men and killers, ethics has become redundant.

In Ambler's masterpiece The Mask of Dimitrios, published in 1939, an English writer of detective stories, Charles Latimer, reflects on the career of a master criminal he believed had been murdered. Investigating the criminal's past in order to gather material for a new book, the writer discovers that Dimitrios Makropoulos - "the drug pedlar, the pimp, the thief, the spy, the white slaver, the bully, the financier" is alive and prospering: