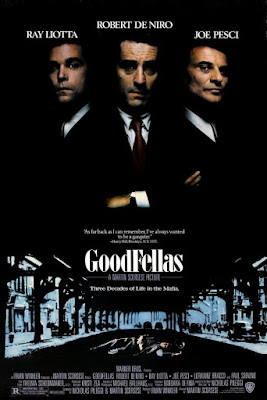 As History.com notes, today is the birthday of Robert De Niro, one of the greatest actors in modern movie history.

You can read about Robert De Niro's life and work via the below link:

Note: Robert De Niro is one of my favorite actors. I particularly like his film collaboration with director Martin Scorsese. Together they made what I consider the greatest crime film ever made, Goodfellas. They also made other classic crime films together, such as Mean Streets, Raging Bull, Taxi Driver, and Casino. Robert De Niro also starred in and directed Chazz Palminteri's brilliant film, A Bronx Tale.
Posted by Paul Davis at 1:31 PM