Clinton's Four Pinocchios: I didn't lie - I 'short-circuited': Clinton Offers Bizarre Defense Of Her Claim The FBI Director Said She Was 'Truthful' About Her Emails 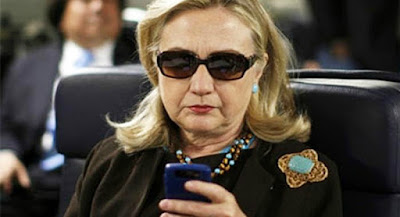 Francesca Chambers at the Daily Mail offers a piece on Hillary Clinton's odd defense about her lying to Chris Wallace on Fox News, which earned her "four pinoccios' from the Washington Post's fact-checkers.


Hillary Clinton says she may have 'short-circuited' her response to a question about her emails last weekend but the point she intended to make stands - her public statements about the scandal were 'truthful' and FBI Director James Comey agrees.

'I was pointing out in both of those instances that Director Comey had said that my answers in my FBI interview were truthful. That's really the bottom line here,' she said, defending her claims in the interview with Fox News.

Clinton told a roomful of journalists, 'What I told the FBI, which he said was truthful, is consistent with what I have said publicly.'

'So I may have short-circuited, and for that, I will try to clarify because, I think Chris Wallace and I were probably talking past each other.'

You can read the rest of the piece and view photos and videos via the below link: