As History.com notes, Lt Colonel Francis Marion, known as the "Swamp Fox," and his men defeated a Loyalist group at Points Ferry in South Carolina on this day in 1780 during the War of Independence.

You can read about the battle via the below link:

You can read more about Francis Marion at Smithsonian.com via the below link: 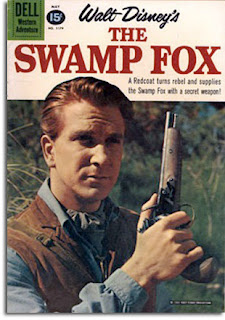 As I grew older and began to read military history, I discovered that the show was historically inaccurate, as was the Mel Gibson film The Patriot, which came out in 2000 and was based on Marion. The film makers initially called the lead character Francis Marion, but gave him a fictional name when they feared that Marion's ownership of slaves would hurt ticket sales.

In my view, it is ridiculous to hold someone in history up to modern ethically standards. Marion was was no better, or worst, than anyone of his time and station in life.