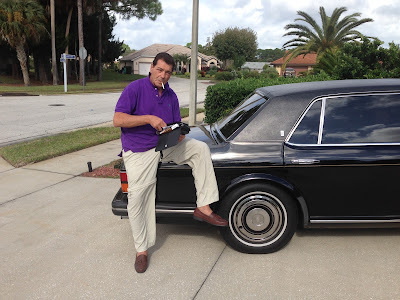 Lyda Longa at the Daytona Beach News-Journal offers a piece on the death of a mobster associated with the crime ring portrayed in the classic crime film Goodfellas.

A mobster known as the "Pittsburgh connection" for the real-life gangsters portrayed in the Oscar-winning movie "Goodfellas" died Thursday evening after he suffered a heart attack at an Ormond Beach bar.

Eugene "Nick the Blade" Gesuale, 73, was having his customary Pinot Grigio at Past Times Restaurant and Bar, when he suddenly fell over," said bar manager David Ruiz.
... Ruiz said Gesuale, who was released from federal prison in October 2014 after serving 24 years for racketeering and drug trafficking, was a regular at the bar, which just opened in May at 709 S. Nova Road.
According to published reports and websites that chronicle gangsters, Gesuale was referred to as the "Pittsburgh connection" in the classic Martin Scorsese film "Goodfellas." The title referred to cocaine being supplied from Pittsburgh.
In real life, Gesuale — a member of the famed Genovese crime family — was linked to mobsters Henry Hill, James "Jimmy the Gent" Burke and Thomas "Two-Gun Tommy" DeSimone, portrayed by Ray Liotta, Robert De Niro and Joe Pesci, respectively, in the movie.
You can read the rest of the piece via the below link:

http://www.news-journalonline.com/news/20160729/pittsburgh-mobster-with-goodfellas-gang-drug-ties-dies-in-ormond-bar
Posted by Paul Davis at 3:11 AM