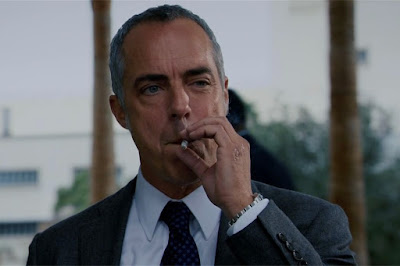 My wife and I are watching the TV crime drama series Bosch on Amazon.

Actor Titus Welliver (seen in the above photo) portrays Bosch in the series.

I interviewed Michael Connelly, a former crime reporter for the Los Angeles Times, a few years ago.

You can read my Q&A with Michael Connelly via the below link:

You can also read my Philadelphia Inquirer reviews of Michael Connelly's crime novels and my Crime Beat column on him via the below links: