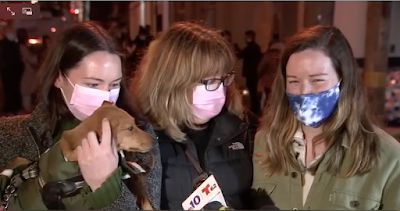 Ralph Cipriano at Bigtrial.net offers a piece on the accused murderer of a dog walker, who should have been in prison.

Three weeks before he allegedly murdered a dog walker in Brewerytown, Davis L. Josephus, 20, a twice convicted felon, was in jail after he'd been arrested for an alleged carjacking.

Just 15 days later, on Jan. 13th, 25-year-old Milan Loncar was walking his dog Roo around 7 p.m. at 31st and Jefferson Streets, a block from his home in Brewerytown, when Josephus and another suspect held him up.

Josephus, according to police sources, allegedly stood in front of Loncar; the other suspect stood behind Loncar as they went through the victim's pockets.

Then, Josephus allegedly put a gun to Loncar's chest and pulled the trigger. Loncar, a recent Temple University graduate, was mortally wounded. He sat down on the ground, took out his cell phone and appeared to have tried to summon help. Then he stood up, staggered backward, and collapsed supine on the ground while Roo, his pet dog, a mix breed of dachshund and chihuahua, ran to Loncar's side, and wouldn't leave.

Josephus should have never been out on the street.

"Basically, had Larry followed the law to keep the public safe, this young man would still be alive," Vega said about the victim.

About Josephus, Vega said, "There was no reason legally for him to be on the street with his record and what he had done."

"Judging by his alleged carjacking with a gun, his alleged assault in prison with a weapon, and his two robbery convictions, it was only a matter of time before he [Josephus] killed someone," Vega said.

According to Vega, Josephus should have been in custody because he was in violation of parole for his two robberies, because the carjacking arrested violated his probation.

In response, Krasner and his official spokesperson, Jane Roh, did not immediately respond to a request for comment.