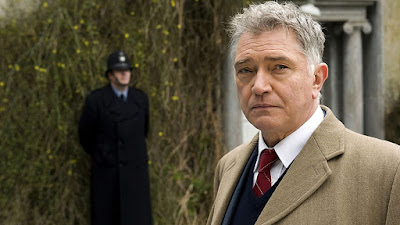 The series, which ran on BBC One from 2007 to 2017, is about a London police inspector named George Gently (portrayed by Martin Shaw) who moves to North East England in 1964 after losing his wife.

In his new post, he investigates murder and other crimes with the aid of John Bacchus (portrayed by Lee Ingleby), a young, brash and ambitious detective sergeant who wants to transfer to London.

Gently, a veteran investigator, is intelligent, incorruptible, deliberate and compassionate. The series time frame takes place from 1964 to 1970.  Martin Shaw (seen in the above photo) is outstanding, as are the supporting players. The crime series is intelligent, clever and well-written.

The series is based on the novels of Alan Hunter (seen in the below photo), who died in 2005. He wrote the series from 1955 to 1998. I’ve not read Hunter’s novels, but I plan to read some of them in the near future.

So if one is looking for an interesting and clever crime series to watch as we are in near-lockdown from COVID-19, I recommend George Gently.

You can watch one of the episodes via the below link: 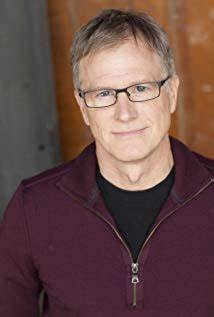