The Washington Times: 10 Notable Achievements Of The Trump Presidency 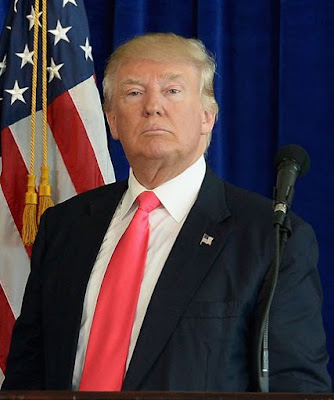 The Wall street Journal once noted that the only thing admirable about President Trump was his policies.

That’s how I feel.

I voted against Trump in the Republican primaries, but I voted for him as president twice. I thought Trump was a huckster and populist and not truly a conservative, but I saw him as the lessor of two evils.

I thought he was a spoiled rich man’s son who had never been in a fight in his life and dodged the draft during the Vietnam War, but talked like a tough guy.

I thought he was a deeply flawed man; unintellectual, shallow, thin-skinned, petty, and crude.

And I suspect those character flaws and his overbearing personality overshadowed his policies and his achievements and cost him the election.

But love him or hate him, he and his administration achieved great success during his four-year term in office. His policies on the economy, law enforcement, border security and the military did in fact make America great again.

The Washington Times, where I offer my On Crime column, presented a fine editorial this past Thursday that listed Trump’s 10 notable achievements.

Thursday marks the first (full) day of the rest of former President Donald Trump‘s life, but don’t expect him to go gentle into that political good night. That’s just not his style — or temperament.

And with a new NBC News poll finding that fully 87% of Republicans approve of Mr. Trump‘s job performance, we wouldn’t bet against Mr. Trump seeking to become the first ex-president since Grover Cleveland in 1892 to seek a nonconsecutive second term.

So, as Mr. Trump settles back into life as a private citizen, here’s a list — by no means complete and in no particular order — of 10 of the foremost accomplishments of his improbable presidency:

• The U.S. achieved energy independence, surpassing Saudi Arabia in 2018, becoming the world’s largest producer of crude oil and giving us the lowest gas prices in decades. (This was after President Obama told us we couldn’t “drill our way out” of energy imports from unstable foreign sources.)

• Three new constitutionalist conservative justices were appointed to the U.S. Supreme Court, as were 174 judges to the U.S. district courts and 54 to federal appeals courts.

… • And finally, we’d be remiss if we didn’t include Mr. Trump‘s very first achievement: He spared us from a President Hillary Clinton.