Babylon Bee: Trump Criticized For Loudly Denouncing Incoming Administration And Not Just Spying On Them Like A Normal President 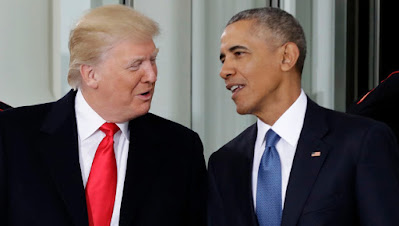 WASHINGTON, D.C.—President Trump is taking heavy criticism for loudly denouncing the incoming Biden administration and not just spying on them as other presidents have done in the past. The nation is demanding that Trump remain "presidential" by appearing to say nice things about the incoming president and secretly try to undermine his next four years in office.

"Trump is being really unpresidential in the way he handled this transition of power. He should have just spied on the incoming administration like a normal president," said one CNN commentator. "This is just a blatant attack on our norms. When Obama left office, he called for peace and unity in public and did his dirty work in secret. That's the way we like our politicians here in this country: publicly honorable, secretly conniving. It's just a really bad look for Trump to actually say what he's thinking, and we don't stand for that in Washington."

You can read the rest of the humor piece and other humor pieces via the below link: