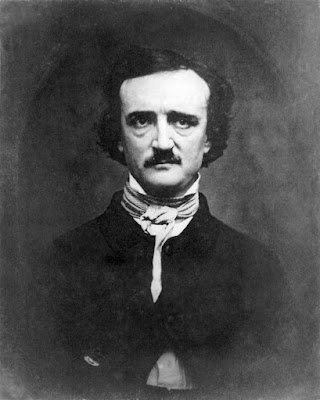 Today, on Edgar Allan Poe's birthday, Olivia Rutigliano offers a piece on Poe and the first detective story at CrimeReads.com.

Even though literature had, for centuries, brimmed with clever problem-solvers, from tricksters to reformed thieves to wise men to police prefects, Edgar Allan Poe’s detective story, “The Murders in the Rue Morgue,” still awed the literary world when it appeared in 1841.

A gruesome double-murder has taken place in a home along the Rue Morgue (a fictional street in Paris). Several witnesses heard several voices, but no one can agree on what language one of the speakers may have been using. Several clues linger about, each more baffling than the next. The police are stumped. But C. Auguste Dupin, a chevalier and rare book aficionado, solves the mystery at home after reading the details in the paper, becoming literature’s first bona fide detective character and starting a genre revolution. He would appear again in two more stories, “The Mystery of Marie Rogêt,” published from 1842-1943, and “The Purloined Letter” in 1844.

As literary critic A. E. Murch writes, the detective story is one where its “primary interest lies in the methodical discovery, by rational means, of the exact circumstances of a mysterious event or series of events.” Critic Peter Thoms elaborates on this, defining the detective story as “chronicling a search for explanation and solution, such fiction typically unfolds as a kind of puzzle or game, a place of play and pleasure for both detective and reader.”

The well-heeled Dupin in an armchair detective, who solves puzzles because he can, using a process called “ratiocination,” in which Dupin basically thinks outside of the box. (And it’s a good thing he does, or no one will solve these crimes; the murderer in “The Murders in the Rue Morgue” turns out to be an orangutan. It might be safe to say no one else would conclude that.) He narrates his discoveries to his good, book-collector friend (who is an anonymous and often awed first-person narrator).

When Poe Invented the Detective Story, he Changed the Literary World Forever ‹ CrimeReads 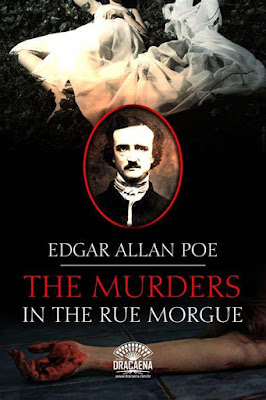