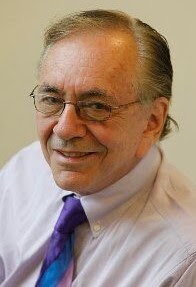 One thing the Main Stream Media rightfully gets criticized for is the use of anonymous sources. If you want a better understanding of journalism, here’s an explanation of sourcing.

Sources are those who provide information to reporters for news stories. If you think about it, most news stories are built on platforms of information provided by sources.

Reporters may initiate stories, but they are dependent on sources to provide data, detail, and fact.

Sources are frequently the government — information shared by everything from the Census, to the Department of Revenue, to State, Defense, HUD, Education, and so on.

None of this information should be accepted without question, but it often is. In most cases, organizations like those I mentioned, or their executives or spokespeople, are willing to be quoted by name.

Why use these sources? Because reporters are trained to get information from authority, which makes sense (although authority sometimes has reason to shade the truth).

A source willing to be quoted by name, and thereby willing to face any argument or challenge, is more believable than one that refuses to be identified.

Back in the ‘50s, most people were willing to be quoted by name, and not just because the media was more highly regarded then. Times were different, simpler.

Starting in the ‘60s, I believe things began to change as a direct result of a loss of trust in government and other institutions.

On the record means the information can be directly quoted, and the name and title of the person providing it can be used.

Off the record means the information can’t be used, it is only for the edification of the person hearing it. Some people — including some journalists — confuse it with

Not for attribution, which means the information can be used, but the person providing it can’t be named. You see this all the time when you read, “A high government official says that….” or “A Department of Revenue spokesman said…”

… On background provides information on a situation for the journalist, who uses the background details to help him or her construct a deeper story in his or her own words.

… Journalism is an occupation where practitioners will happily cast out the bad apples.

Real journalists hate “fake news” even more than you do.