Babylon Bee: Ignorant Republicans Riot And Don't Even Get Any Big-Screen TVs 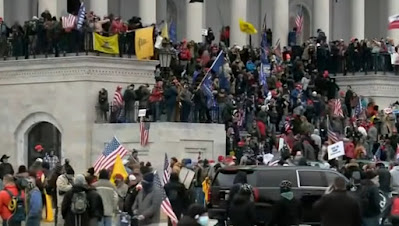 The Babylon Bee takes a satirical shot at the nitwit violent protestors on Capitol Hill.

WASHINGTON, D.C.—Ignorant Republicans rioted yesterday but didn't even snag any free big-screen TVs out of the deal, sources at the Capitol Building reported.

The short-sighted protesters stormed the Capitol without stealing a bunch of stuff, prompting many to question whether they really understand the purpose of a peaceful protest at all.

"Look at these morons, rioting at the Capitol when there's a perfectly good Target just down the street," said one CNN reporter. "If they'd looted a bunch of local businesses in the name of social justice or whatever, we'd be covering this protest a heck of a lot differently, I'll tell you that."