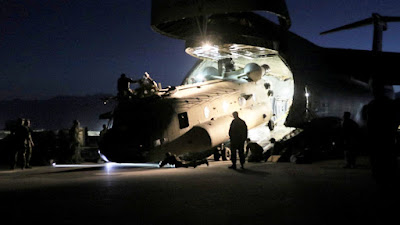 In my previous post, I wrote how former CIA Director and Secretary of Defense Robert Gates noted famously in his memoir that Joseph Biden “has been wrong on nearly every major foreign policy and national security issue over the past four decades."

Biden’s latest error in judgement, the hasty withdrawal from Afghanistan and surrender to the terroristic and murderous Taliban, will go down in history as a colossal blunder with deadly affects.

The Wall Street Journal’s Editorial Board offers their take on Biden and Afghanistan.

President Biden’s statement on Saturday washing his hands of Afghanistan deserves to go down as one of the most shameful in history by a Commander in Chief at such a moment of American retreat. As the Taliban closed in on Kabul, Mr. Biden sent a confirmation of U.S. abandonment that absolved himself of responsibility, deflected blame to his predecessor, and more or less invited the Taliban to take over the country.

With that statement of capitulation, the Afghan military’s last resistance collapsed. Taliban fighters captured Kabul, and President Ashraf Ghani fled the country while the U.S. frantically tried to evacuate Americans. The jihadists the U.S. toppled 20 years ago for sheltering Osama bin Laden will now fly their flag over the U.S. Embassy building on the 20th anniversary of 9/11.

Our goal all along has been to offer constructive advice to avoid this outcome. We criticized Donald Trump’s deal with the Taliban and warned about the risks of his urge to withdraw in a rush, and we did the same for Mr. Biden. The President’s advisers offered an alternative, as did the Afghanistan Study Group. Mr. Biden, as always too assured of his own foreign-policy acumen, refused to listen.

Mr. Biden’s Saturday self-justification exemplifies his righteous dishonesty. “One more year, or five more years, of U.S. military presence would not have made a difference if the Afghan military cannot or will not hold its own country,” Mr. Biden said. But the Afghans were willing to fight and take casualties with the support of the U.S. and its NATO allies, especially air power. A few thousand troops and contractors could have done the job and prevented this rout.