Who Is Funding ISIS-K, Terror Group Behind The Kabul Airport Attack? 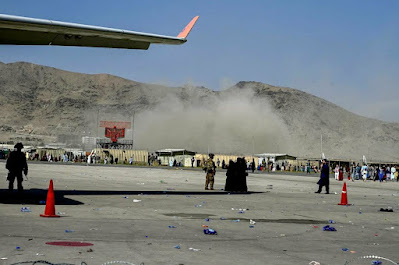 Megan Henney at Fox News offers a piece on the ISIS-K terrorist group.

An offshoot of the Islamic State accused of orchestrating the deadly suicide attack outside the Kabul airport this week emerged six years ago, despite U.S.-led military efforts to squelch the group – and it has rapidly transformed into a dangerous global terror threat.

The group, known as Islamic State Khorasan Province or ISIS-K, is an Afghan affiliate of the group's core leadership in Syria and Iraq. After the Islamic State lost its territory following a five-year military campaign by local and international forces, the caliphate increasingly turned to Afghanistan for its fighters.

ISIS-K was founded in 2015 by several hundred disillusioned Pakistani Taliban fighters. It attracted other extremists, including members of the Taliban – which just toppled the U.S.-backed government in Afghanistan after a 10-day blitz – who believed the militant group had become too moderate and peaceful.

On Thursday, the terror group claimed responsibility for a bombing attack that killed at least 13 U.S. troops and more than 170 civilians, outside of Afghanistan's main airport.

Who is funding ISIS-K, terror group behind the Kabul airport attack? | Fox Business