Ralph Cipriano: How Philly D.A. Set Up Cop To Be Sued By Man Who Tried to Kill Him 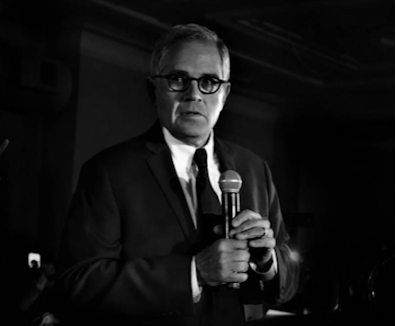 Only in Philadelphia? Ralph Cipriano at BigTrial.net offers a piece on how the Philadelphia DA set up a Philly police officer to be sued by the man who shot him.

On the night of Jan. 13, 2018, Officer Timothy Stephan of the Philadelphia Highway Patrol saw a car with Jersey plates going the wrong way down a one-way street in Kensington.

Stephan and his partner, Officer Anthony Mooney, pulled the car over on Kensington Avenue under the El. When Stephan searched Stefon Crawley, a 22 year-old passenger inside the vehicle, he felt a Glock in Crawley's waistband that was loaded with an extended foot-long magazine.

"Gun," Stephan yelled to his partner.  The officer who drew his own gun, tried to retrieve the Glock while restraining Crawley, to prevent him from getting out of the car. But while Crawley was fighting back, he looked the officer in the eyes and told him three times, "You're gonna have to fucking kill me." Then, while he was trying to pull his own gun out of his waistband, Crawley overpowered the officer, and grabbed the officer's gun.

While the two men struggled over control of the officer's gun, Officer Stephan fired a single shot that struck Crawley in the left leg. The wounded man bolted out of the car but fell down on the ground, while Officer Stephan ripped Crawley's gun away from him. Next, Crawley got up and tried to run away. But Officer Jason Reid showed up. Believing Crawley was still armed, and worried that the one gunshot he just heard might have struck Officer Stephan, Reid opened fire, shooting the fleeing suspect four more times.

Crawley was a gang member with a rap sheet on parole for armed robbery who was not supposed to leave the state of New Jersey; the gun he left behind turned out to be stolen. Crawley was charged with aggravated assault on a police officer, plus three weapons charges. An internal investigation conducted by the Philadelphia Police Department's Officer Involved Shooting Investigation [OISI] Unit cleared Stephan after Crawley's DNA was found on Stephan's gun.

But this being Philadelphia, what happened next amounted to perverted justice emanating from the office of District Attorney Larry Krasner. When the D.A. refused to clear Officer Stephan, he was unable to testify at Crawley's criminal trial. The D.A.'s office subsequently dropped all charges against Crawley.

Next, Crawley, represented by Greenblatt, Pierce, Funt And Flores, LLC, the law firm that Krasner was formerly a member of, sued Officers Stephan and Reid in Philadelphia Common Pleas Court for damages.

How D.A. Set Up Cop To Be Sued By Man Who Tried to Kill Him | Big Trial | Philadelphia Trial Blog