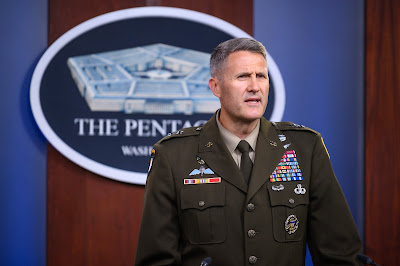 C. Todd Lopez at the DOD News offers a piece on a DOD press briefing:

The U.S. military conducted an unmanned drone strike in Nangarhar Province, Afghanistan — to the east of Kabul — which killed two ISIS-K individuals who were known to be responsible for planning and facilitation activities within the organization, the Pentagon's joint staff deputy director for regional operations said.

During a briefing today at the Pentagon, Army Maj. Gen. William D. "Hank" Taylor said that an additional ISIS-K member was also wounded in the strike, and that there were "zero civilian casualties."