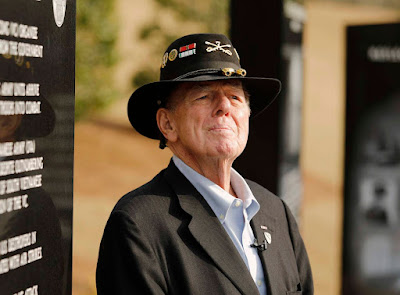 Journalist and author Joesph L. Galloway, co-author of perhaps the best book on the Vietnam War, We Were Soldiers Once… And Young, has died. He was 79. 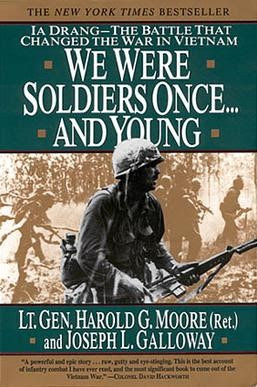 The 1992 book, written with the late Lieutenant General Hal Moore (Ret), was made into the 2002 film, We Were Soldiers, which starred Mel Gibson as Moore and Barry Pepper as Joe Galloway.

Directed by Randall Wallace, We Were Soldiers is perhaps the best film on the Vietnam War.

Gibson and Pepper offered fine performances in the film, as did actor Sam Elliot and other supporting actors. Elliot portrayed Sgt. Maj. Basil Plumley, a gruff noncom and true hero. Elliot had the best lines in the film.

The Army Times, an independent newspaper that covers the U.S. Army, offers a piece on Joe Galloway’s life and work.

WASHINGTON (AP) — Longtime American foreign correspondent Joseph L/ Galoway, , best known for his book recounting a pivotal battle in the Vietnam War that was made into a Hollywood movie, has died. He was 79.

A native of Refugio, Texas, Galloway spent 22 years as a war correspondent and bureau chief for United Press International, including serving four tours in Vietnam. He then worked for U.S. News & World Report magazine and Knight Ridder newspapers in a series of overseas roles, including reporting from the Persian Gulf War in 1991.

Galloway died Wednesday morning, his wife Grace Galloway told AP, after being hospitalized near their home in Concord, North Carolina. He is also survived by two sons and a step daughter.

“He was the kindest, most gentle and loving man,” Grace Galloway said. “He loved the boys and girls of the U.S. military. He loved his country.”

With co-author retired U.S. Army Lt. Gen. Hal Moore, Galloway wrote “We Were Soldiers Once ... And Young,” which recounted his and Moore’s experience during a bloody 1965 battle with the North Vietnamese in the Ia Drang Valley. The book became a national bestseller and was made into the 2002 movie “We Were Soldiers,” starring Mel Gibson as Moore and Barry Pepper as Galloway.

Galloway was decorated with a Bronze Star Medal with V in 1998 for rescuing wounded soldiers under fire during the la Drang battle. He is the only civilian awarded a medal of valor by the U.S. Army for actions in combat during the Vietnam War.

You can read the rest of the piece and watch a video interview with Joe Galloway via the below link: 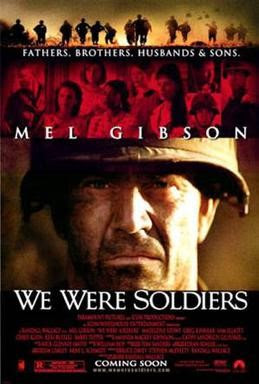 You can also watch a clip on the great film via the below link: