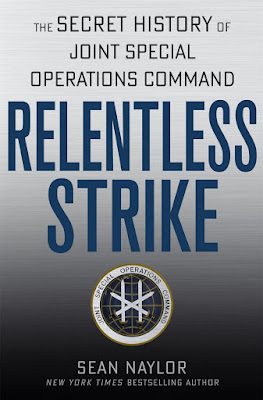 Sean Naylor, the author of Relentless Strike: The Secret History of Joint Special Operations Command, offers a piece on the Daily Beast on the U.S. commandos' shadow war against Iran.

It was July 25, 2004. Violence was escalating in Iraq, the Taliban were reasserting themselves in Afghanistan, and Joint Special Operations Command – the U.S. military’s cadre of elite special operations forces -- was already deploying operators to the Horn of Africa and Yemen. But for the first day of the three-day JSOC commanders’ conference at Fort Bragg, the country under discussion was Iran.

In the days after September 11, JSOC was running at least two undercover agents into Iran. But the command wanted to know more – much more – about the would-be regional superpower it seemed to confront at every turn.

Today, the U.S. and Iranian governments are in a period of political détente, with the nuclear deal signed in Vienna. Tehran and Washington’s militaries are even cooperating – if at arm’s length – in the fight against ISIS.

But this is hardly a friendship, especially not with Iran’s long, long history of supporting terror – and JSOC’s history of trying to kill those Iranian-backed terrorists.

http://www.thedailybeast.com/articles/2015/09/01/inside-u-s-commandos-shadow-war-against-iran.html
Posted by Paul Davis at 7:34 AM